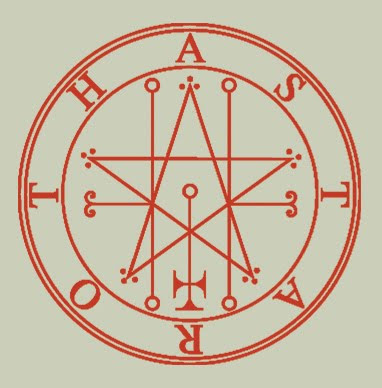 ASTAROTH
Satanispiritus/Lady of The Moon

Before Roky Erickson was standing for the fire demon, before Jinx Dawson was stripping on the altar for unlawful carnal knowledge and long before current occult rockers such as Ghost and The Devil's Blood were even a gleam in Lucifer's radiant eye...the unknown soldiers of ASTAROTH were taking the cloven hoof to the streets! UNSEEN FORCES is proud to announce the extremely limited reissue of the elusive and only known recording by this mysterious late 1960's Motor City proto-street metal ensemble. Original pressings command hundreds of dollars online and UNSEEN FORCES is committed to returning these righteous hymns to where they belong in an affordable and beautiful format. Two incredibly powerful offerings of Goetic psychedelia lovingly remastered for 7" 45rpm vinyl and charged with the sigil of Astaroth and her corresponding color attributes. The return of TRUE Occult Street Metal Magic is here!  Limited to 500!  SOLD OUT!


SATAN IS COMING
Posted by Unseen Forces at 5:47 PM 2 comments: