Thank you to everyone who ordered and came out to the release party. The Danava demos record is now SOLD OUT. If you need a copy, try our friends at Tee Pee Records. Repress coming later this year.
Posted by Unseen Forces at 11:47 AM No comments: 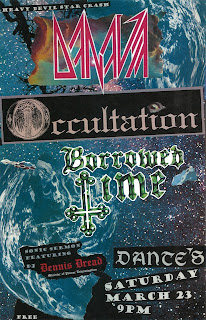 UNSEEN FORCES proudly presents the official vinyl release party for DANAVA's 2004 demo recordings Heavy Devil Star-Crash! Saturday March 23 at DANTE'S in Portland, Oregon with special guests OCCULTATION and BORROWED TIME. This is a free event.
Posted by Unseen Forces at 10:21 AM No comments: 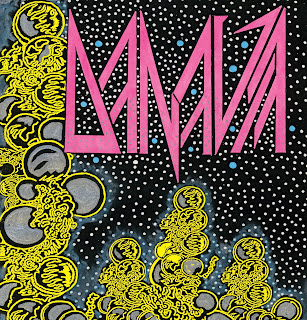 
There are many paths to the jeweled gates of liberation: possession, ecstasy, sacrilege, heresy. Paradox subjugates ego in the transcendent thrust toward the eternally expansive. The star studded spacecraft known as DANAVA, dispatched as it was from America's rainy northwest coast, emerged on the midnight horizon with this obscure 4 song masterpiece as a shining symbol of freedom in sound. Critics have done their best to identify this flying object with all manner of convenient but ultimately meaningless qualifiers and all have missed the mark. This is not "stoner rock", even if the pilots are probably stoned. This is not "progressive rock", for the boundless soul thwarts gentrification. This is not "space rock", although their heads are full of meteor dust their boots still waltz in the gutters of Whitechapel sin. This is not "retro rock", because tomorrow calls even as the third eye glances in reverse to hail electric ancestry. Armed to the teeth with Orgone amplification and mesmeric Luciferian aether, the technicolor demon people have risen from primordial depths to dispel all curses and sever all bonds. UNSEEN FORCES proudly presents the earliest DANAVA recordings, originally released in 2004 as a limited  hand-colored CD-R demo, remastered by Timothy Stollenwerk and pressed to virgin vinyl in all its raw splendor.   Shake your ass and bang your head. Let's get real free!

Paypal to unseenforces666@gmail.com
European customers are encouraged to purchase directly from the band on their upcoming Spring Tour! 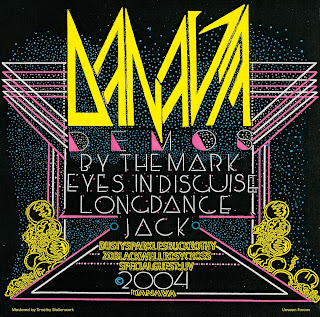 Posted by Unseen Forces at 8:46 PM No comments: